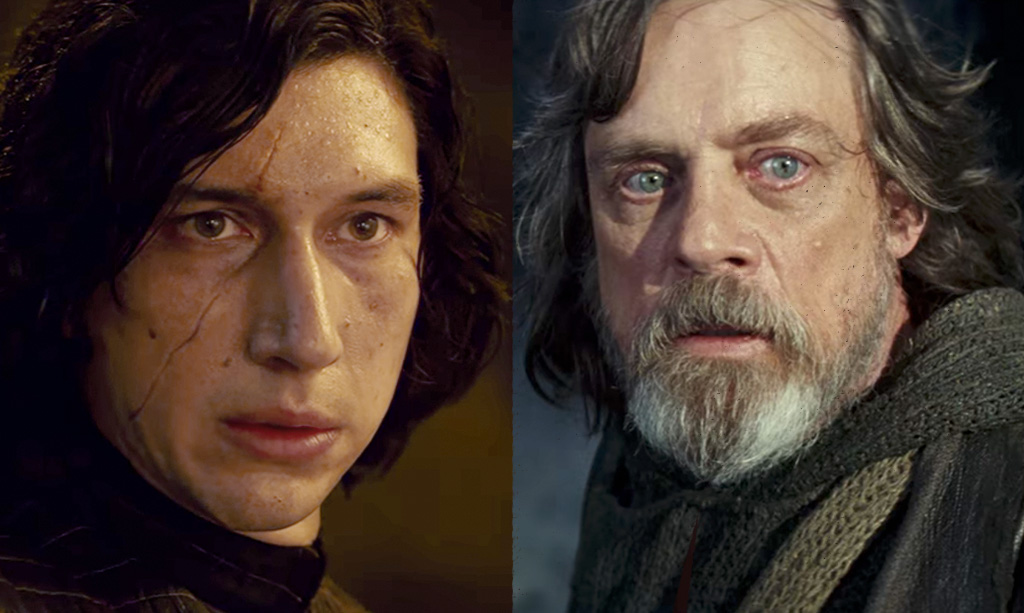 STAR WARS: THE LAST JEDI, AND THE NECESSITY OF HOPE

Star Wars: The Last Jedi has finally hit cinemas, and it was well worth the wait.

As the film begins, the malevolent First Order is on the verge of wiping out the Resistance forever. The Rebels are outmanned, outgunned, and on the run for their lives.

Meanwhile, Rey (Daisy Ridley) seeks out the legendary Jedi knight Luke Skywalker (Mark Hamill) for his help to stem the rising tide of evil. Rey hands Skywalker his old lightsaber—but his reaction is not what we were expecting.

Luke Skywalker, despair, and the loss of hope

Luke Skywalker has been through a lot in the series. Since the first days when we met him as a whiney youth on Tatooine, he’s been beaten up by Tusken Raiders, hung upside down by Wampa, stuck inside a dead Tauntaun, attacked by a giant Rancor, and mutilated by the biggest bad guy in the galaxy, who just also happens to be his Dad.

Over the course of the series, we’ve seen Luke grow on his hero’s journey from annoying, idealistic adolescent (Episode IV: A New Hope) to poised and self-assured Jedi (Episode VI: Return of the Jedi). However, in Episode VIII: The Last Jedi, we find the youthful hero now a cynical and haunted hermit.

The Skywalker we meet is no archetypal Wise Old Man, no Gandalf or Dumbledore, no sage mentor a la Alec Guinness’s Obi-Wan Kenobi, dispensing fatherly insight to guide our confused heroine Rey (Daisy Ridley) on her path to master the Force. Rather, we find a man who has withdrawn from life, lost confidence in his ability, and lost hope for the future. He is all too aware of his faults, his hubris and weakness. Skywalker has become disenchanted with the Jedi way, despises himself due to his own inadequacies and failures, and despairs in a hopeless future.

German theologian Jürgen Moltmann tells us that, “without hope one cannot live. To live without hope is to cease to live.” Moltmann goes on to see hopelessness as a description of Hell, as represented by the inscription above the gates to the abyss in Dante Alighieri’s Inferno, “Abandon every hope, ye who enter here.”

Hope is essential for our lives. It’s far more than “fingers-crossed” wishful thinking. For the Christian, Biblical hope is a confident expectation, a sureness that something will come to pass because God has promised it will happen. Our hope is ultimately rooted in God Himself, and what He has done for us in Christ. Paul speaks of hope in Romans: “For in this hope we were saved. But hope that is seen is no hope at all. Who hopes for what they already have? But if we hope for what we do not yet have, we wait for it patiently” (Rom 3:24-25).

In the midst of a corrupt world, we are called to believe, to love, to serve—to hope. While we are well aware of the pervading darkness and evil that surrounds us, we are equally aware that there is a greater power, a mighty and loving God who is at work in this world and has promised to never leave us. As we trust God, the source of hope, He is able to fill us with joy and peace, allowing us to “overflow with confident hope through the power of the Holy Spirit” (Rom 15:13).

Isolated and disconnected, Skywalker has fallen into despair. Can he forgive himself, accept his weaknesses alongside his strengths, and once again find a new hope in a world in which the darkness can seem so overwhelming? Will he be able to bless others with hope, or will he succumb to doubt and despair, forever wallowing in the regrets of the past?

Kylo Ren and the hope of redemption

Kylo Ren/Ben Solo is the fallen villain in this latest trilogy. The son of the cavalier rogue Han Solo and rebel princess Leia Organa, Ren was trained by Luke Skywalker in the ways of the Force, but ultimately yielded to the dark side, killing his father in The Force Awakens.

But in this latest film, there are signs of doubt and tortured inner struggle within Ren. Without giving away too much, Rey manages to form a connection with Ren. Can she bring him back to the light, as Luke once did with Anakin/Vader, or is Ren the “son of darkness” Supreme Leader Snoke declares him to be?

At the heart of the first six episodes of this epic series is the tragic fall into darkness of Anakin Skywalker, and his subsequent redemption through the love and belief of his son Luke. As entertainment critic Paul Asay puts it, the story arc of Anakin Skywalker/Darth Vader presented a very New Testament-type message: “Even the most broken among us can still be salvaged. They can still, ultimately, be made whole.”

This is why we love a good redemption story.

Because if these bad guys, as flawed and lost as they are, can be redeemed, then that’s good news for us, because we aren’t beyond hope.

There is an old Christian song that contains the beautiful lyric:
“All I had to offer him was brokenness and strife,
but He made something beautiful out of my life.”

This is a wonderful truth about the gospel. God’s love and power can redeem us from the darkest places as we turn to him in humility and repentance, and His grace restore us to the men and women we were meant to be.

We aren’t alone in this life. God is for us; who can be against us?
And this reality fills our lives with hope.